San Francisco: The newest kid on the block

Our newest office is in San Francisco, at 564 Market Street, Suite 225, in the Financial District. Located between One Bush Plaza (the Crown-Zellerbach building) and Crocker Galleria (a great place to spend your lunch time – and your paycheck!), the office is right across the street from a BART station, in case any of the three employees don’t feel like fighting traffic that day.

That’s right – just three employees right now. And they’re so swamped that we’ll come back and visit them at a later date. The office is headed by Caroline Barwick, EVP and chief underwriting officer for DIC’s Risk Management group. Other team members include Adam Berger, AVP, production underwriting and Galia Goutinova, associate underwriter. 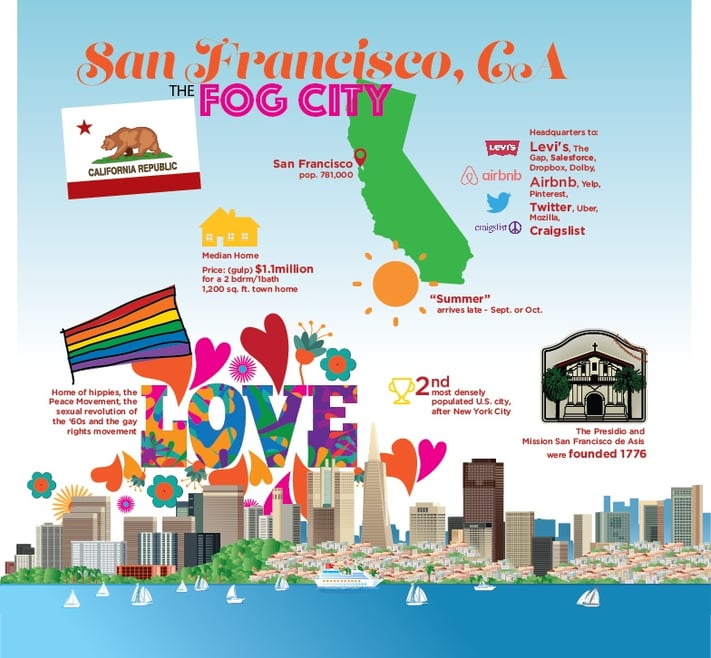 To give you a better idea of where our office is located, Union Square is just five blocks west; the iconic Transamerica Pyramid is just a few blocks north, and The Embarcadero is a short walk northeast. To catch a Giants game, it’s a straight shot down 2nd Street. If you're ready to play tourist, check out this Time magazine article.

And if you’re thinking about moving your heart to San Francisco, stay tuned: once we can pin down this group for an interview, we may find out that they have hiring aspirations!